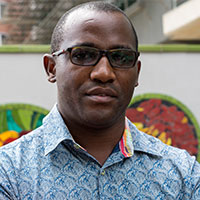 The month of March saw the beginning of the recall from South African supermarkets of processed meat products such as polony and vienna sausage for possibly being linked to an outbreak of listeriosis – a bacterial infection that causes fever, muscle aches, nausea and diarrhoea.

According to the World Health Organisation, the outbreak that began in January 2017 is the largest-ever globally, with 978 confirmed cases and 183 deaths as of 14 March 2018. While all eyes are on the economic and nutritional impact of the outbreak, one important question remains unasked: What could this outbreak mean for a country with the highest number of HIV-infected people in the world?

The Joint United Nations Programme on HIV/AIDs estimates there are 7.1 million people living with HIV in South Africa. While South Africa has been at the forefront in the battle against HIV, an outbreak such as listeriosis has an enormous potential to offset the gains made over the past decades as HIV-infected people are particularly vulnerable to listeriosis.

Due to the weakening of their body’s defence system, HIV-infected people are 500 times more likely to get infected and become sick from listeriosis compared to healthy individuals. When an HIV-infected person contracts listeriosis, it becomes much harder for them to control their HIV infection because their weakened immune system becomes overburdened.

For example, those not on antiretroviral (ARV) medications, which are nearly half of HIV-infected people in South Africa, could see their health rapidly deteriorate to full-blown AIDS, putting them at risk of severe illness or death.

Even those on ARVs could be unable to control their HIV infection, resulting in increased levels of virus in their bodies – the so-called high viral loads. In both cases, there could be a significantly increased chance of the HIV-infected people passing on the virus. This has the effect of increasing the number of new HIV infections. Thus, the listeriosis outbreak poses a major threat to the already overburdened public health system.

But the implications of the listeriosis outbreaks go beyond those who will be directly infected by the bacteria. Good nutrition is also an essential part of managing HIV infection and the prevention of HIV-associated illnesses. Good nutrition helps HIV-infected people maintain a better immune system. Because most HIV-infected individuals come from poorer communities, processed meats are an important part of their diets as they provide protein that would otherwise be unaffordable.

In particular, polony is an important part of the diet in South Africa, especially among the poor. An inexpensive protein, mothers living in townships make polony sandwiches for their children, and there is the common sight of labourers helping themselves to two litres of fizzy drinks, bread and polony on their lunch breaks.

Personally, I always looked forward to polony sandwiches in my packed lunchbox as a high school learner. As a university student in Cape Town, South Africa, being broke was the order of the day and polony and Vienna sausages always came to the rescue. At a neighbouring university where my friend was a student, the most popular lunchtime meal for students was a special polony sandwich known as a ‘Gatsby’.

While the temporary banning of the products such as polony that are suspected to be linked to the outbreak is a short-term measure to prevent listeriosis, there is a need to assess the effects of such a ban.  For instance, how will many HIV-infected individuals gain access to alternative affordable protein to help them stay healthy?

Indeed, the current outbreak should present a major wake-up call to the relevant authorities on the potential of this and other outbreaks on the large and vulnerable community of HIV-infected individuals in the country. It shows how the fight against HIV goes beyond provision of antiretroviral therapy, and that food safety is a critical part of fighting HIV that must receive much more attention.

On a broader level, the fact that the listeriosis outbreak began in January 2017 and it took more than a year to identify the possible source of the outbreak points to a weak food safety control system in the country that must be addressed. A report that food inspectors were twice denied access to one of the plants implicated in the listeriosis outbreak is also worrying. [4]

What can be done?

Food products entering the country from other countries should be subjected to stringent safety controls, especially since cheap, imported food that may be infected is most likely to end up in poorer households with more vulnerable people, such as HIV-infected individuals.

South Africa and other African countries need to invest in strong food safety control systems if a similar outbreak is to be avoided in the future. While South Africa does have a legislation on food control, it is its implementation and compliance seems to be a problem. This must change.

It is crucial for these efforts to be undertaken now, before more vulnerable people become sick and die.