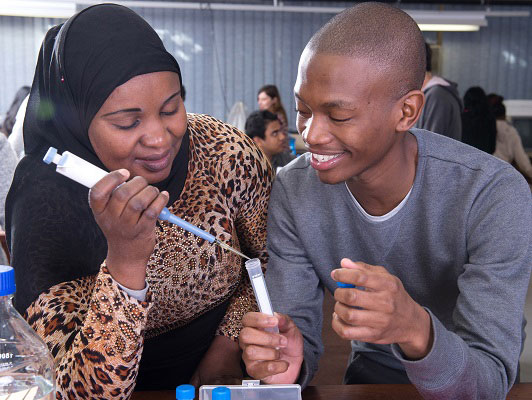 The Sub-Saharan African Network for TB/HIV Research Excellence (SANTHE) 2016 Mycobacterial Genetics Course, hosted at the Westville Campus, University of KwaZulu-Natal (UKZN), saw a record-breaking 34 students in attendance during the two weeks between the 4th and 15th of July.

The students from UKZN, the Tshwane University of Technology, and the University of Botswana, sacrificed their mid-year holidays to search local soil for new bacteriophages that could potentially contribute to the ultimate demise of Tuberculosis and its drug resistant strains. A bacteriophage is a small parasitic virus that has the ability to infect and kill bacteria. This year the students discovered 34 new phages during the course which translates into 34 possible chances to discover a bacteriophage that could target the bacteria that cause TB and its drug resistant strains. Asked how remote these chances are, Debbie Jacobs-Sera, visiting Lab Instructor from the University of Pittsburgh, Department of Biological Sciences, responded: “Our data suggests that only a small fraction of the phages we find directly infect Mycobacterium tuberculosis too.  However, all phages have genes that may be used in manipulating Mycobacterial genes (smegmatis or TB) that may aid in the development of diagnostic tools or treatments.  We know more about the ones we sequence, but all are valuable.”

During the programme, students work to identify previously unknown “phages” and analyse their genetic material. They then publish their findings at Genbank - a public database accessed by other scientists who can choose to study the genetic makeup of any phage they think may have the potential to target bacteria that cause disease. 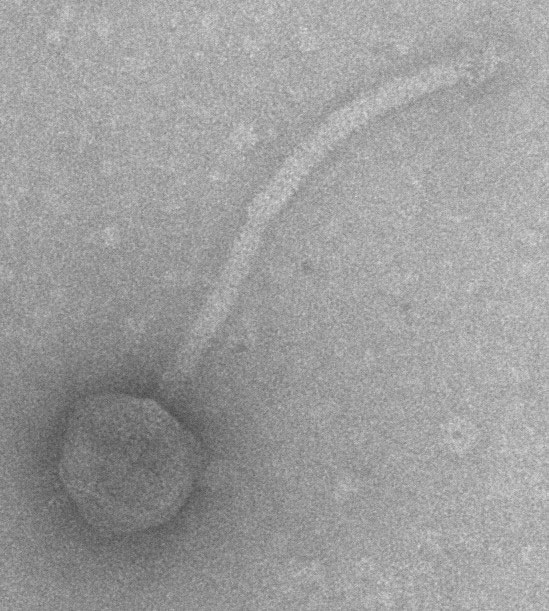 When they weren’t at the lab bench, computer or electron microscope under the supervision of 10 teaching assistants, Course Leader Dr Michelle Larsen, Assistant Professor of Medicine at the Albert of Einstein College of Medicine, and Jacobs-Sera, the students were in lectures. Here they learned about bioinformatics and microbial genetics from esteemed speakers such as Professor Eric Rubin of the Harvard School of Public Health, and Professor Graham Hatfull, Professor of Biotechnology at the University of Pittsburgh in the United States, who spearheads the phage hunters programme. “There are 1031 phage particles in the biosphere,” said Hatfull. “The population is not only vast, but is dynamic, extremely old, and, not surprisingly, genetically highly diverse. The phage discovery and genomics approach provides a great format for students to engage in authentic research, discover their own bacteriophage and contribute to the broader goal of genetically defining the viral population.”

The students were inspired and excited by learning new lab techniques and interacting with international researchers who are leaders in their field. As a result of the course, three of them have secured intern positions: two at the Africa Health Research Institute (AHRI), SANTHE’s lead institute based in South Africa; and one at the Botswana Harvard AIDS Institute, a SANTHE partner institute.

The 9th Annual Mycobacterial Genetics course was supported by the Pittsburgh Foundation in the United States and AHRI and UKZN in South Africa.