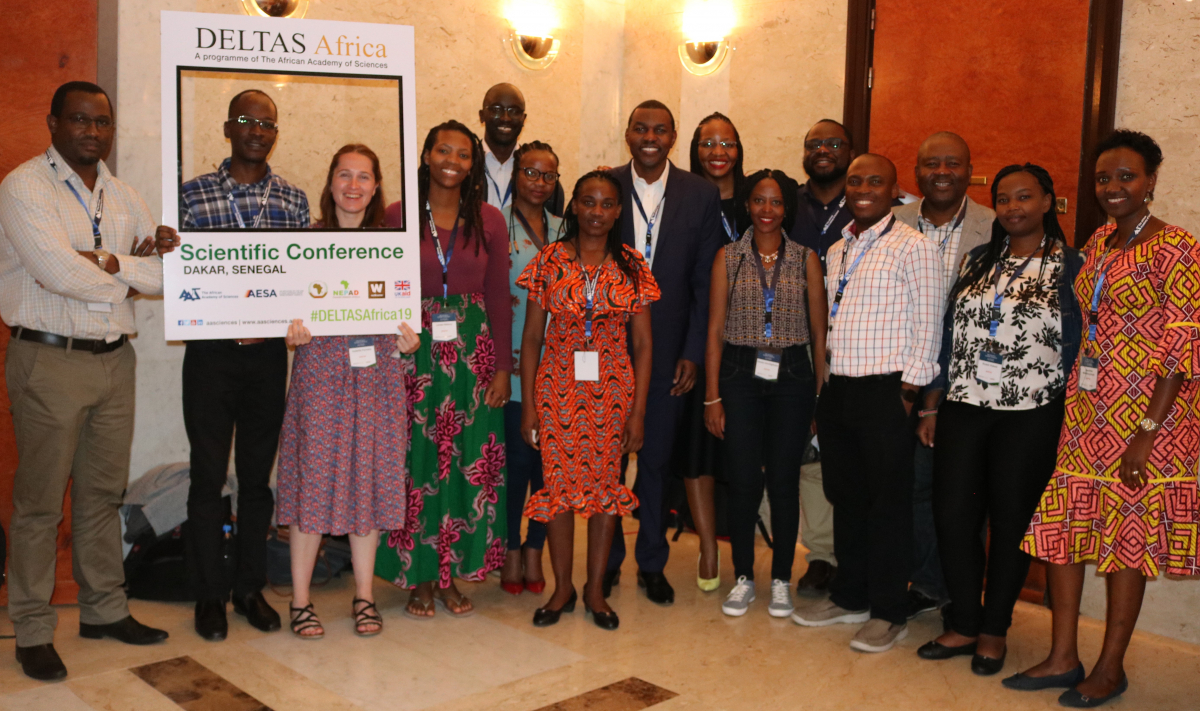 Thirteen young scientists from the SANTHE network were among 300 health scientists from Africa and beyond that gathered at a landmark scientific meeting in Dakar, Senegal, from 15 to 17 July, to showcase ground-breaking research aimed at reducing Africa’s disease burden and creating healthier communities. Topics of discussion included progress being made on research towards an HIV cure and early detection tools for cancer and malaria.

“It represents a unique opportunity to demonstrate the value of investing in science and in training a critical mass of scientific leaders in Africa,” said DELTAS Africa Programme Manager Alphonsus Neba. “DELTAS Africa is creating professional cutting-edge research environments that will be sustained long after the programme has ended and provide conducive environments to do great science,” he adds.

The 13 SANTHE scientists profiled at the meeting came from SANTHE affiliated sites in Botswana, Cameroon, Canada, Kenya, Rwanda, South Africa, and Zambia. Some of these included:

The convening was the third Annual Grantees’ Meeting of The Developing Excellence in Leadership, Training and Science (DELTAS Africa) programme; a $100-million programme of the AAS supporting the Africa-led development of world-class scientific leaders through health research support, training fellowships, mentorship, and investments in research infrastructure in 12 programmes (of which SANTHE is one) spanning 21 countries. Notable attendees included the “Father of Africa Genomics”, Charles Rotimi from the National Institute of Health, and the 2008 Nobel Laureate in Chemistry, Marty Chalfie. DELTAS Africa’s goal is to produce a critical mass of new cadre health researchers and scientists who will be at the forefront of cutting-edge research, influencing local health policy and driving a locally relevant health research agenda for Africa. The DELTAS Africa Scientific Conference will mark a major milestone in the run-up to this critical objective. Among the programme’s achievements to date:

The meeting also provides a platform for over 200 DELTAS Africa funded fellows and researchers – specifically Masters, PhD and Post-doctoral trainees from its 12 programmes – to showcase scientific outcomes and likely impact of their health research. Scientific breakthroughs discussed at the meeting included progress being made on research towards an HIV cure in South Africa, and efforts towards the development of a low-cost HIV drug resistance assay (70% lower cost - from $100-$200 to $40-$70), that could substantially reduce the cost of HIV drug resistance surveillance in Africa – a SANTHE project.